Coronavirus outbreak has turned the world upside down. To contain the virus, our government had announced a 21-day lockdown. While a few have been following the same, many people, who are unaware of the consequences, are roaming around carelessly. Many celebrities took to social media to urge people to stay at home to stay safe. Recently, Sharad Kelkar has reacted to this incident. The actor is quite miffed with a few people who are not following the rules. He revealed to Bollywoodlife that people are making fake doctor’s prescriptions to leave homes.

Talking about the people’s ridiculous tactics to venture out during lockdown and fool the cops, the television actor told the portal, “From my heart I want to know what people want? Are we over confident or are we stupid or do we just want to show people that we can do anything, like, what do we want…I can’t understand it.”

He Asks Why People Are Panicking When Shops Are Open!

He further added, “There’s a big reason you’ve been told to do this; there’s a lot of risk in venturing outside. You’ve gone outside and stepped somewhere that someone has spat and the coronavirus will enter your home stuck to your slipper. When you don’t know about something, you need to make more precaution, but people are just behaving more difficult. I had to complain to the cops about 25-30 children playing cricket where I live. So many people are making fake doctor’s prescriptions or lying about their relative’s health to trick the police and leave their homes. People are still going out to parks. We don’t know who has touched what, then you’ll touch the same thing.”

Sharad said, “Only a lockdown has been implemented, be thankful of that. If people don’t improve, then a curfew will have to be imposed, then everything will be closed. There are so many options today with video calling and good internet, then why are people going outside for no valid reason, is beyond me.”

He Asked People To Spend Time With Family

The actor even asked people to meet others when everything is all right. He also asked people to spend time with their family, elders, kids and things which they couldn’t do till now. 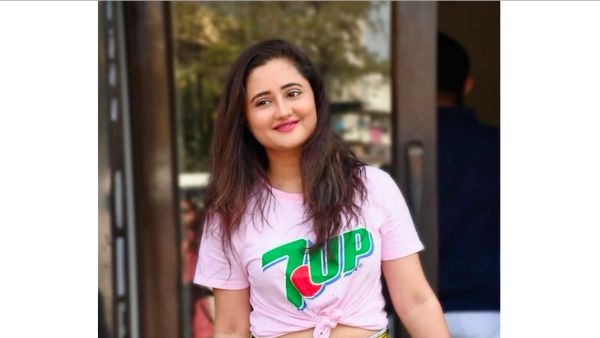 Also Read: COVID-19 Lockdown: Rashami Desai Sweeps The Floor, But Gets Trolled For THESE Reasons!

News oi-Nagarathna A | Updated: Friday, June 5, 2020, 13:07 [IST] Recently, there were reports that Devoleena Bhattacharjee was approached to replace Aurra Bhatnagar in Barrister Babu. It was said that the show will be taking a leap, post which, Devoleena will be seen playing grown-up Bondita. However, the producer …

Shivangi Joshi Transfers Money To Rajesh Kareer's Account; The Actor Is Happy With Her Gesture!

News oi-Nagarathna A | Updated: Thursday, June 4, 2020, 18:25 [IST] Many actors are finding it difficult to make ends meet due to the Coronavirus lockdown as they are not finding work. The actors, who asked for financial help, were helped by their colleagues. Recently, Begusarai actor, Rajesh Kareer requested …

News oi-Nagarathna A | Updated: Thursday, June 4, 2020, 18:24 [IST] Paras Chhabra has been in the news ever since he entered the Bigg Boss 13 house, especially, his personal life has been under the scanner – be it his past relationship with Akanksha Puri or his current one with …