When Parth Samthaan Revealed He Is Straight & Hoping To Find A Girlfriend!

There was a time when Parth Samthaan was in the news for bad reasons! The actor, who became a youth icon with his role of Manik Malhotra in the hit show, Kaisi Yeh Yaariyan, was embroiled in an ugly WhatsApp scandal, followed by his fall-out with the producer Vikas Gupta, who was his then good friend. From aspersions being cast on his sexual orientation to being termed as a publicity-hungry, Parth had to face a lot of things! In an interview with Bollywoodlife, way back in 2016, Parth clarified that he is straight and is hoping to find a girlfriend.

About the controversies and how he handled it, the actor told the portal, “I was in shock and never expected things to happen the way they did. I was a bit hurt as well but then, controversies are a part of your life, more so if you are a public figure. All you can do is be positive, focus on your work and hope for things to get better. Controversies are not permanent, nothing is. Such issues are part and parcel of life.”

A lot of celebrities too lashed out at Parth for deciding to take legal action on Vikas Gupta, but Parth had said that he doesn’t believe in the blame game nor in the concept of constant justifications/clarifications as it is a never-ending cycle. He had said that he had bigger plans and was not stressing too much as it would put him in the negative zone. He had also said that he wanted to focus on acting and added, “Iss industry mein koi doodh ka dhula hua nahi hai.”

When asked about his family’s reaction as a lot of aspersions were made on his sexuality, he said, “My family also reads the papers, so they are aware of what’s happening. I have clarified everything to them and given them the confidence that I know what I am. I was in a relationship with a girl with almost a year and a half. The situation right now is such that if talk about girls, I might just get branded as a womaniser.”

‘I Am Very Much Straight’ 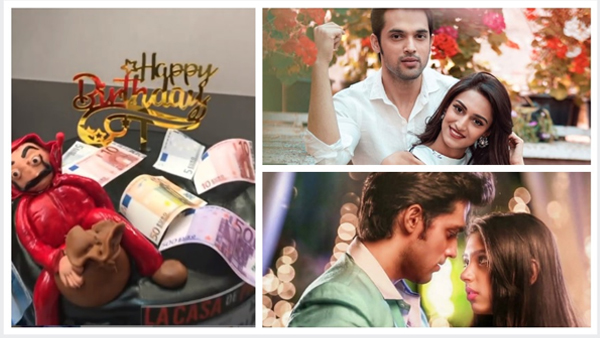 News oi-Nagarathna A | Updated: Friday, June 5, 2020, 13:07 [IST] Recently, there were reports that Devoleena Bhattacharjee was approached to replace Aurra Bhatnagar in Barrister Babu. It was said that the show will be taking a leap, post which, Devoleena will be seen playing grown-up Bondita. However, the producer …

Shivangi Joshi Transfers Money To Rajesh Kareer's Account; The Actor Is Happy With Her Gesture!

News oi-Nagarathna A | Updated: Thursday, June 4, 2020, 18:25 [IST] Many actors are finding it difficult to make ends meet due to the Coronavirus lockdown as they are not finding work. The actors, who asked for financial help, were helped by their colleagues. Recently, Begusarai actor, Rajesh Kareer requested …

News oi-Nagarathna A | Updated: Thursday, June 4, 2020, 18:24 [IST] Paras Chhabra has been in the news ever since he entered the Bigg Boss 13 house, especially, his personal life has been under the scanner – be it his past relationship with Akanksha Puri or his current one with …